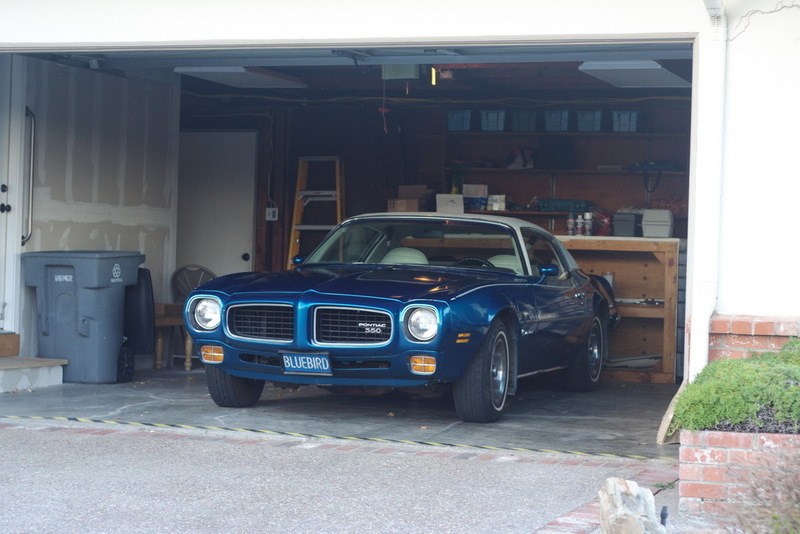 This weekend I purchased my first muscle car. I believe I'm the fourth owner of this 1973 Firebird 350. (Numbers Matching)

It was built in 1973, purchased around 1975 by the second owner who's done some modifications to the car, then gave the car to his son about 6-8 years ago when he retired from driving.

It's been garaged, and used occasionally but his son just didn't have the time to breathe life back into the car. He always had other competing priorities.  So it finally became time to let the car go.

I'm ecstatic to have the good fortune to have been looking for a firebird when this one became available.

Driving my Chevy Suburban with it's Vortec 350, and even my Jeep with it's 360 doesn't compare to the experience driving this car.

It's got 150k miles on it, and it's still meaner than anything I've ever driven before. I love it, you can just smell the gasoline!  (Insert tool-man grunt here)

(no really, you can smell gasoline, probably means theres a problem that will need to be addressed, I'll add it to the list)

There's a laundry list of things that this project car needs done, I'll spend tomorrow going through it documenting what I find, and creating my to-do list and prioritizing it.

Priority will be in the order of Safety, Longevity, Appearance, Correctness, then Performance.

This first pass through the car is just going to be to rid the car of as much rust as possible, and as much as practical return it to factory stock condition.  Once that phase is done, then I can begin planning for the powerplant and transmission replacements, and requisite changes to brakes and handling the car will require with the beefed up power plant.

And so begins my journey with Bluebird.  I think I'll keep the name, I like blue.  (It's not the original paint on the car now, but it IS the factory paint color, and when it's time, it will probably be at least the base color when I repaint the car.)