The Wrecker has a 4 speed manual, with a two speed two ton rear end, PTO, winches, air horns, lots of lights, and a Chevy 350 Under the hood. 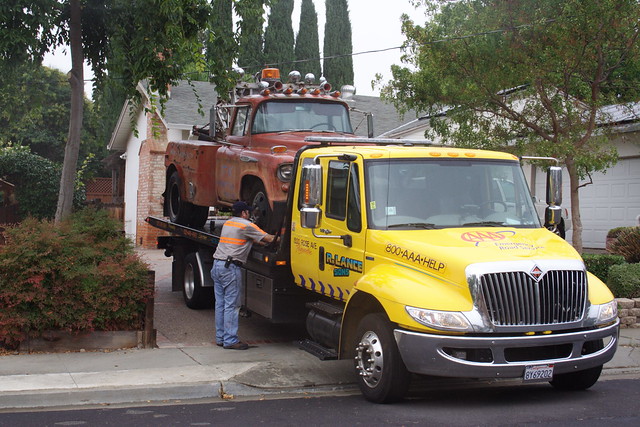 It looks uncannily like Tow Mater from Pixar's Cars movie but I'm going to resist naming it "Mater".  It's too cliche; and this is a serious work truck!  Maybe "Bessy"; Not sure.  The truck will eventually name itself; until them I'm just calling it
the 57Wrekr. 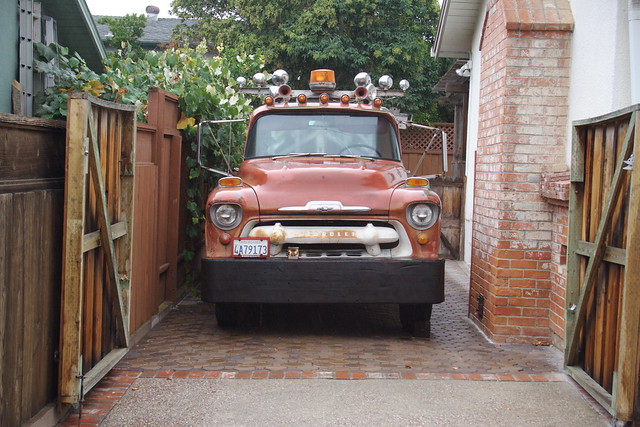 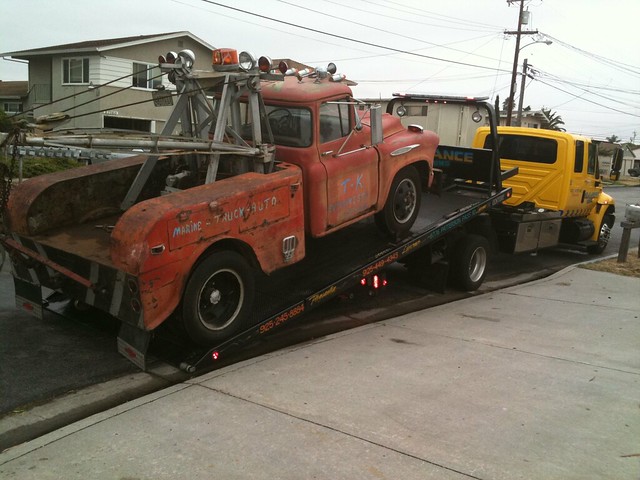 Current Todo List:
Rear Brake Drums are Seized; Unseize them.
Rear Brake Lines are Cut; Replace them.
The Rims may be unsafe widow-makers; Have them checked.
The Tires are Dry-rotted; Replace them.
Windshield is severely broken; Replace it.
Driver Side Vent window is missing; Find a replacement.
The bench seat is nasty; Fix or Replace.
Then drive it!
It last ran in May, starting it should only require fluid changes, and a nicely charged battery.
Big props to Ray and R.Lance it was fun going to pick it up, and it went very smoothly.