Well jackstands actually.
It's time to restore the wheels and wrap them is some proper rubber. While I've got it up on the stands I'll be replacing the shocks, all of the fan belts, oil pan gasket, and I'm going to attempt to replace the main rear seal.
Quick note on the placement of the jack, even though its on jackstands, a number of people suggested leaving the jack in place in case of a stand failure, at least you would have some secondary protection.  So I've got the cars jack at the front and the floor jack under the rear, just touching not actually lifting.  It's quite stable on the jacks by themselves.  Another suggestion that I used was to give the car a decent test in all directions, give it a good shove. If it's going to fall down, you'd rather have it happen on your terms than when your under it.  It's not a time to be gentle, you want to be confident the car isn't going to shift, or that your jacks or stands are only barely keeping it up.
I managed to get two lugnuts off by using the t-bar, but got stymied by the rest of them.  I decided it was time to spend some money instead of wasting the braun.
I briefly considered that it might be time for an air compressor setup, as I tallied up how much it was going to cost to get a unit that would actually do everything I wanted I decided it wasn't yet time to splurge.
So off on my circuit to find an electric Impact wrench.  Lowes, Monument Auto Parts, Autozone, Orchard Supply Hardware then Home Depot. Lowes had a DeWalt, Monument nothing, Autozone Nothing, Osh had a crappy looking green Hitachi, that was $69 bucks, Home Depot had the same DeWalt as Lowes and at the same price.  I paid $179. I know it was a lot more than the Hitachi, but I just don't know the quality of the Hitachi, the ultra green didn't do it any favors. DeWalt is at least a name I trust, though I would have preferred a Millwaukee, but nobody had one. 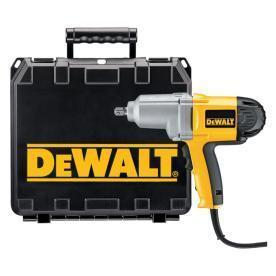 http://www.lowes.com/pd_51056-70-DW292K_4294857483+4294926871_44?productId=1091533&Ns=p_product_price|0&pl=1&currentURL=/pl_Impact%2BWrenches_4294857483%204294926871_44_?Ns=p_product_price|0
In any case the DeWalt whipped those lug-nuts right off, This is a tool that I think I'm going to get a LOT of use out of.  I need to mail order some impact extensions, I could only find two sets of impact sockets at Lowes, I bought the SAE, I'll buy the metric if I ever have occasion to need it.  Lowes didn't carry any of the extensions or any other accessories for Impact wrenches except in a kit, that included an air impact gun.  I had to jerry rig the gun to accept one of my socket 1/2" extensions.  Probably not wise but it got the job done.
I'm getting frustrated by having to do the circuit each time I need something and having to settle for whats in stock.  I'm going to start trying to buy more online so I can get exactly what I want and don't have to settle for just whats in stock locally.
I bought a pressure washer this weekend to help clean up the wheels, but I'm still pretty certain I'll have to have them blasted. I'm just hoping that if I clean them up well with the pressure washer, then they will need to spend less time blasting them.  I'm hoping the pressure washer will help out with a number of car cleanup projects as well as around the outside of the house chores.  I didn't get a chance to play with the pressure washer this weekend though as I spent Sunday assembling my new Gas Grill... and then it promptly rained so we couldn't use it either.  Hopefully I'll get to play with both next weekend.