When I purchased the Bluebird a 1973 Firebird 350, it had some after-market items in it that were no longer functioning.
The console mounted Stewart Warner Tach always read 1500rpm, the aftermarket cruise control was dead, the trip computer didn't talk to the fuel senders anymore, and the digital temp, oil, and voltmeter was on the fritz.
The trip computer was mounted in the original dash bezel, removing it left a big square hole. Likewise for the tach and the temp, oil, volt meter in the center console.  The radio install had been done in the map tray, and the wires run through holes drilled through the map tray.
I got a new reproduction console from Ames Performance http://amesperformance.com/. I also got a 1970-81 Stereo Map Pocket Adapter http://www.78ta.com/store/product.php?productid=168&cat=27&page=1 from Hitman's site to use with the reproduction console and replace the modified map tray.  I must admit that the Map Pocket Adapter didn't match up to the reproduction console as well as I think It would have fit an original console. I fidgeted enough with it to get it installed decently.  I also found a replacement dash bezel on ebay. 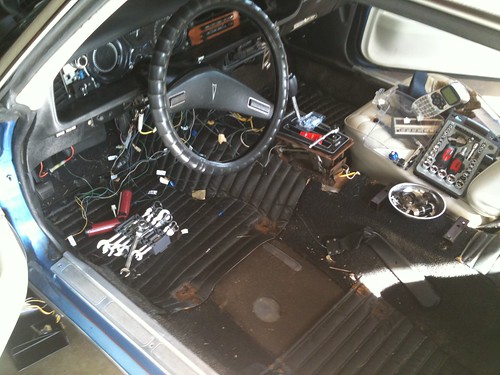 Once I had the center console out, removed all of the wiring associated with the cruise control I found that the Accessory fuse had been popped. Perhaps thats why on the last trip my GPS didn't work in the cigarette lighter socket.  I began removing all of the unneeded wiring and trying to chase down the dead short I had somewhere. 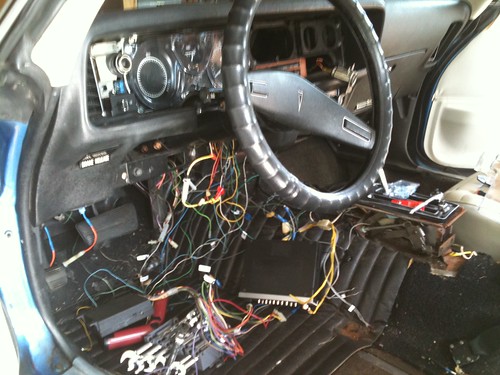 I finally chased the problem down to the cigarette lighter. The tabs on the inside that push the lighter out when it's ready had become fused to the inside of the socket.  I ordered a replacment from Ames Performance. The replacement came with the socket and shroud; except the shroud didn't have the support for the extra light that was original to my current socket.  I realized I could take the shroud off of my original, drill a hole in the side of the new socket to allow light into the replacement and re-assemble it.  Worked like a charm. No longer blowing the fuse, and the light in the cigarette lighter still works. 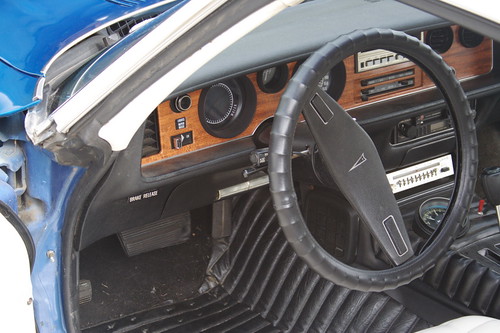 This is the interior of the car before all of the work. 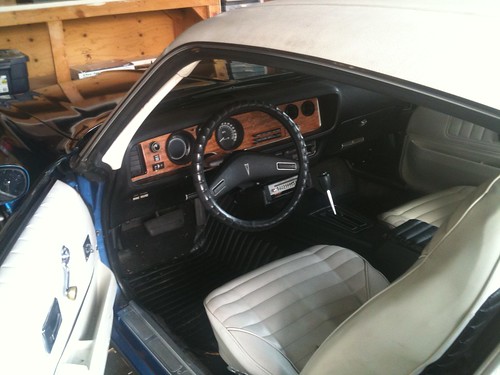 This is a shot of it after.